Since their debut at the 2013 fresh inc Festival, The Admiral Launch Duo has commissioned and premiered four new pieces by Dylan Arthur Baker, Christine Hedden, Matthew Browne, and Diana Sussman. Founded by saxophonist Jonathan Hulting-Cohen and harpist Jennifer R. Ellis, they performed at the Northwestern University New Music Conference and were featured in the Michigan Muse Magazine. They have been featured at the University of Michigan’s Social Justice Art Festival and premiered their new arrangement of Camille Saint-Saëns’ violin and harp Fantaisie for soprano saxophone and harp at the Northbrook, IL Parisian Salon Concerts series. The ensemble was in residence at the Avaloch Farm Music Institute in Boscawen, NH, where they recorded works by Yusef A. Lateef, Ida Gotkovsky, Matthew Browne and Dylan Baker. They returned to Avaloch for a second residency in 2015 to prepare their upcoming tour program including premieres by Patrick O’Malley, Natalie Moller, and Steve Rush. which they performed at Schenectady County Community College, University of Massachusetts at Amherst, The Hartt School at University of Hartford, Kalamazoo Piano Company and Michigan State and they gave masterclasses at MSU and SCCC. Upcoming concerts include performances at Glacier Hills and Kerrytown Concert House in Ann Arbor, MI.

Jonathan Hulting-Cohen is Assistant Professor of Saxophone at the University of Massachusetts Amherst. He has been a concerto soloist alongside principal players of the Philadelphia Orchestra, and as a recitalist and chamber musician has performed nationally, including at the Kennedy Center, Carnegie’s Zankel Hall, and Colburn’s Thayer Hall.

Scroll down to view videos or read a profile of The Admiral Launch Duo in the Michigan Muse here: 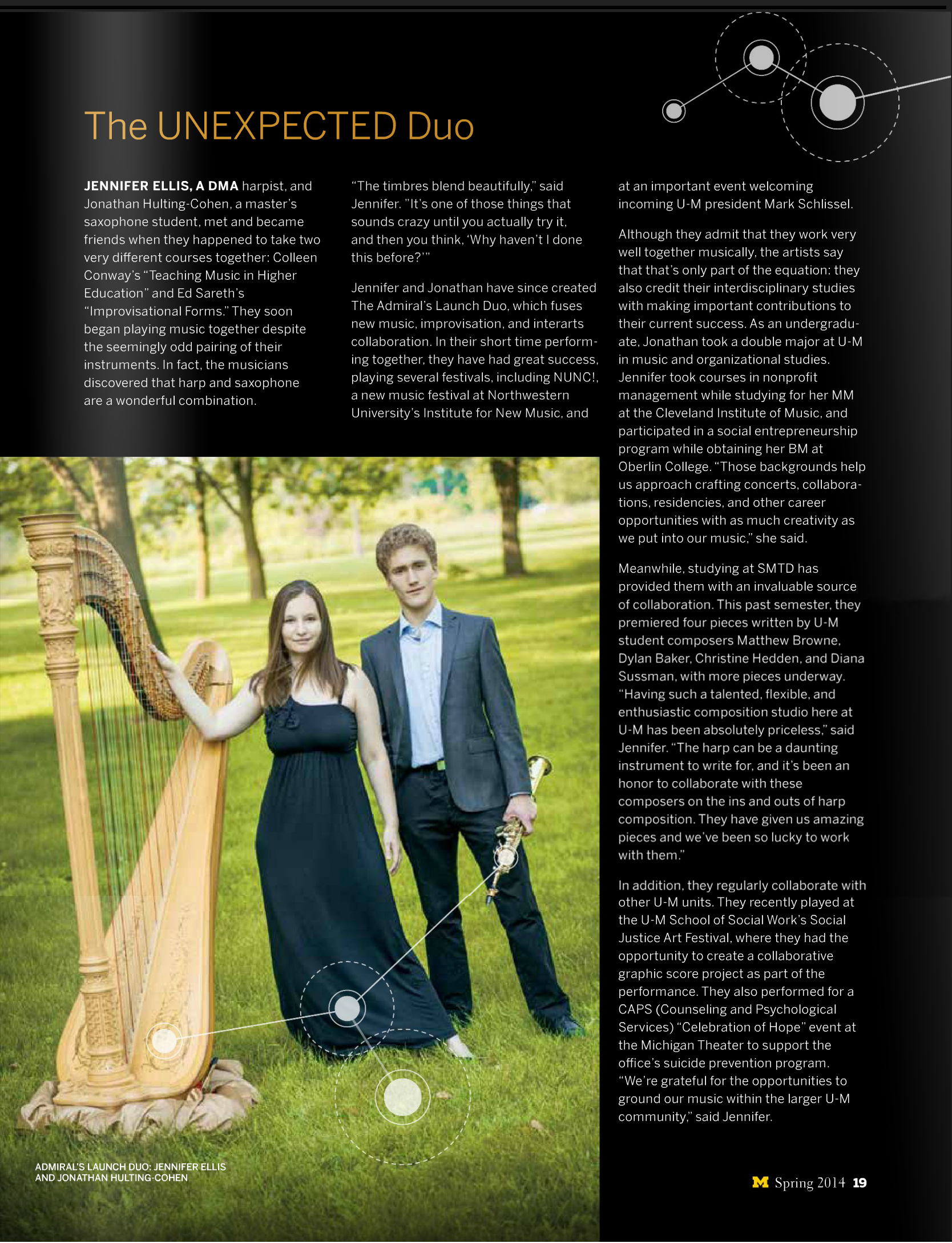